CIC energiGUNE, Tekniker and UPV/EHU join together in order to advance in the production of hydrogen based on water and heat

Suscribe to our newsletter

The objective is to drive a proposal for obtaining clean hydrogen with a high energetic performance and limited production costs.

CIC energiGUNE, the Basque research center of reference in electrochemical and thermal energy storage and a member of the Basque Research & Technology Alliance-BRTA, is jointly working along with Tekniker and the University of the Basque Country UPV/EHU in order to do research about the production of hydrogen, by thermochemistry, based on water and heat. The final objective of this collaborative project is to produce hydrogen –an element of high interest for the energetic transition of the society-, which guarantees a high performance and generates admissible production costs. This line of work is framed within the project CICe, Elkartek 2019 led by CIC energiGUNE.

“In a stage of energetic transition, hydrogen is one of the vectors that will accompany the total decarbonization of certain sectors of the economy”, has reminded Ana Aranzabe, Technology Director of Tekniker. For her part, Elena Palomo, Scientific Director of thermal energy storage area of CIC energiGUNE, has assured that “CIC energiGUNE, Tekniker and UPV/EHU are all in a condition for opening up a viable and accessible door to the production of clean hydrogen, through thermochemical reactions, contributing in this way to the changing of the energetic paradigm that society seeks for and needs”. Likewise, Pedro Luís Arias, Lecturer on Chemical Engineering at the Faculty of Engineering in Bilbao (EHU/UPV) has declared that “this collaboration has a special interest because it is a firm bet on producing hydrogen through sustainable means, which will reinforce companies’ and Basque agents’ activity in the value chain of hydrogen”.

Broadly speaking, the project, led by Stefania Doppiu, leader of the Solid state chemical reactions research group of CIC energiGUNE, will address the improvement of the productivity of hydrogen optimizing the kinetic properties and cycleability of the solids that take part in the thermochemical cycle through the use of nanomaterials and nanostructured materials. Moreover, within the research frame these materials will go through a validation process to determine their behavior at a scale that is closer to its real application. 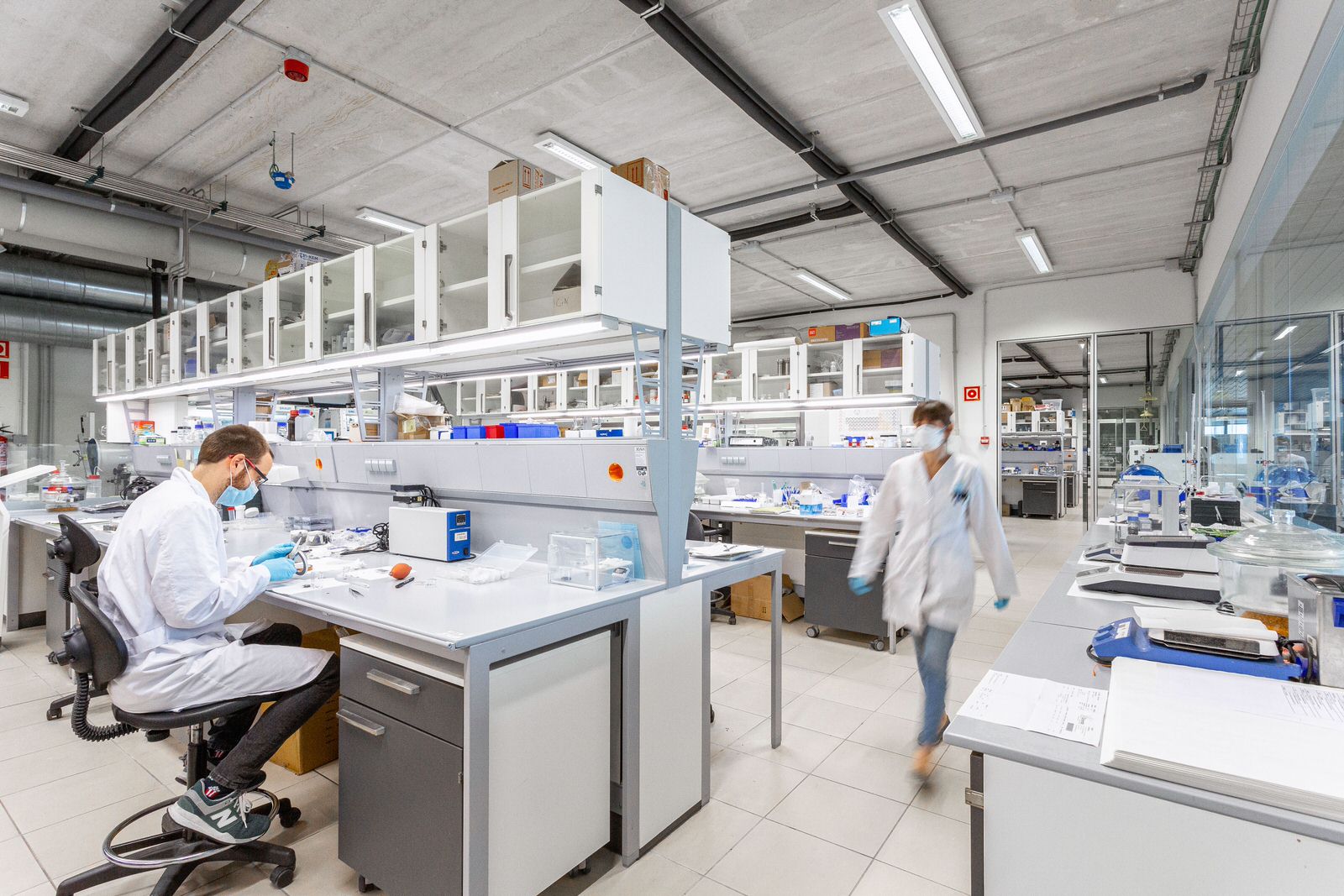 Regarding the fieldwork, at this moment different simple, two-stage or three-stage thermochemical cycles are being researched, which use mixed metallic oxides of low cost such as reagents, and offer the possibility to operate at moderate temperatures (< 500 C). In relation with previous research, the originality and the impact that is expected from the developments that are underway resides in two fundamental aspects: the possible use of abundant solid industrial waste such as reagents, which will contribute to the sustainability and circularity of the economy, and the low temperatures of work, which will result in a greater diversity of usable heat sources, that will open up doors to the conversion of residual heat of numerous industries into a clean fuel of a great energetic value.

In any case, in order for these materials to be subjected to thousands of heating-cooling cycles without losing the properties that allow them to decompose the water molecules to produce hydrogen, their design and optimization require the application of nanotechnologies. The experience and technical and professional resources of the three collaborating entities guarantees the access to this technology and its effective application.

It has to be born in mind that, currently, the production of hydrogen at a large scale is carried out from fossil fuels, which translates into a decrease of neutrality regarding the CO2 emissions. Other processes, like the ones based on biomass, have neither reached complete neutrality, and the direct electrolysis of water still has a low efficiency and a high cost. The usage of thermochemical reactions driven by solar thermal energy or residual industrial heat can be found interesting, that is why the line of research that is now opening up aspires to facilitate the production of clean hydrogen in an integral way.

This project between CIC energiGUNE, the UPV/EHU and Tekniker is financed by the Basque Government through the program Elkartek.

Cookies on this website are used to personalize content and advertisements, provide social media features, and analyze traffic. You can get more information and configure your preferences HERE

To see this video you must accept marketing cookies, it can be configured here